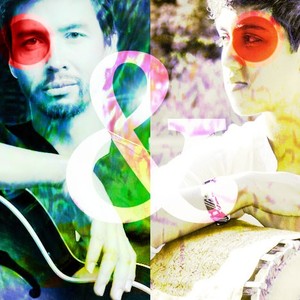 Ampersand, a collaborative concert series presented by WMBR & List Visual Arts Center, showcases contemporary music in Bartos Theater on MIT’s campus. Performances blend art and music, and happen every other month. Audience members are encouraged to visit the current exhibitions at the List before experiencing each performance.

Tickets are available for purchase at the door or in advance online.

Miles Okazaki is an American guitarist and composer - a Washington native in NYC since ‘97. Trickster, his 4th album of original compositions will be released later this year. As a sideman, Okazaki has recently worked with Steve Coleman, Jonathan Finlayson, Amir El Saffar, and many others. He will be acompanied by Swiss born saxophonist, composer, and educator María Grand. Recently she became the protégée of legendary musicians such as Steve Coleman, Billy Harper, Antoine Roney, and Von Freeman. Okazaki and Grand will present music arranged for duet, focusing on layered rhythms, melodic counterpoint, and improvisation within forms written for recent projects. Many of these compositions are modular in nature and will be used to build larger forms with elements that are introduced by the other musicians.

RAJAS brings together contemporary musicians from the Indian classical and jazz/creative music scenes in NYC and is led by Rajna Swaminathan. The Vedantic term rajas refers to the inner human energy that compels us to act, to pursue our passions, to create, and to preserve ourselves. Through collectively improvised textures and rhythmically centered explorations, the musicians of RAJAS contemplate new possibilities for musical ideas and sensibilities at the nexus of multiple creative traditions.