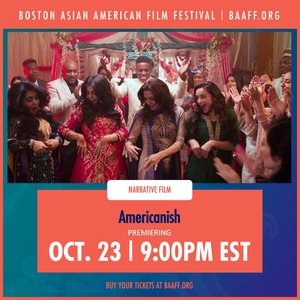 In Jackson Heights, Queens two sisters and their fresh off the boat cousin try all the conventional ways to earn the love and respect of the matriarch of their family only to learn that life works out in the most unconventional ways.

Iman Zawahry is one of the first hijabi American-Muslim filmmakers in the nation. She has worked on numerous films that have played at over 100 venues worldwide. She has worked as a producer on the feature film Paperback with Moonlight producer Adele Romanski and Sundance alum Adam Bowers. Her short film “Tough Crowd” won an Emmy Award and qualified her as a finalist in 2015. Iman also collaborated with the non-profit Islamic Scholarship Fund to create the first ever American Muslim film grant where she currently serves as director. Iman works to amplify the underrepresented female voice. She wrote and directed her debut feature film Americanish with a majority female crew. She currently is a professor of film production at the University of Florida.