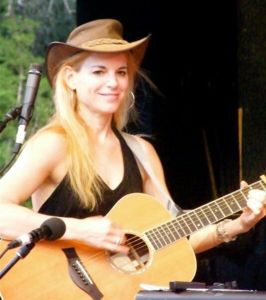 Spicer’s songs have equal parts ache and grit, with topography that covers farmlands, quirky roadside stops, and an occasional turn down a dark alley with flickering neon. Raised in rural Pennsylvania, currently residing in California via Austin, she fuses together all the places she calls home. Wanderlust spills from her songs, influenced by Texas troubadours, Tibetan mountain tops, and Hollywood bars. Or, as she might say with a slight drawl: “Water, wine and whiskey”. Her new album, Wow and Flutter, has made many critics’ best-of lists, and was lauded as one of the best albums, any genre, in the last decade by Popdose Magazine. Come see this free-spirited talent bring her venturous stories and songs to life at The Ivy Chord Coffeehouse.