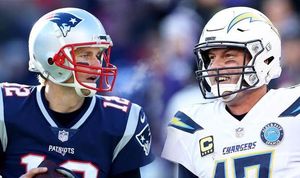 The New England Patriots earned their ninth consecutive first-round playoff bye after finishing with an 11-5 record and the 2018 AFC East title to earn the second seed in the AFC Playoff field.

The Patriots are the only team in the NFL that finished the 2018 season undefeated at home. Dating back to last season, the Patriots have now won 15 straight home games, including the postseason.