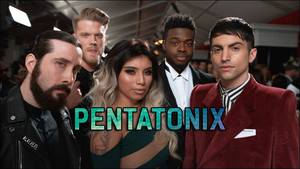 The concerts will be the group’s first to feature songs from their 3 hugely successful holiday albums. To coincide with the tour, Pentatonix has also announced a deluxe version of 2016’s platinum-selling, chart-topping album – A Pentatonix Christmas. A Pentatonix Christmas Deluxe will be released on October 20th via RCA Records and is currently available for pre-order on Amazon.

In just six years, Pentatonix has sold more than 6.4 million albums (in total consumption) in the U.S. alone. They have won three Grammy Awards, received a Daytime Emmy nomination and performed for hundreds of thousands of fans at their sold-out shows across the globe. Their YouTube channel boasts more than 13.5 million subscribers, yielding over 2.6 billion video views, and their 2015 self-titled album has been certified gold after debuting #1 on Billboard’s 200.