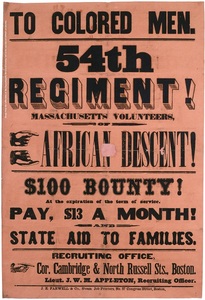 Professor Gannon, working with her students, has documented that the remains of over 100 Black and white Union soldiers, including members of the Massachusetts 54th, lay in an unmarked grave within Olustee Battlefield Historic State Park in Florida. The battlefield contains Confederate monuments but no memorial to Union soldiers. Union soldiers’ remains from other Southern battlefields have been brought to national cemeteries. However, it appears that local opposition, remnants of a Jim Crow racialized landscape, and celebrations of a Confederate victory has led to these soldiers remaining in a mass grave. Professor Gannon will discuss her work to give dignified graves to these Union soldiers.

This is a hybrid event. The in-person reception starts at 5:30 and the program will began at 6:00.