3rd Annual Battle of the Barrels 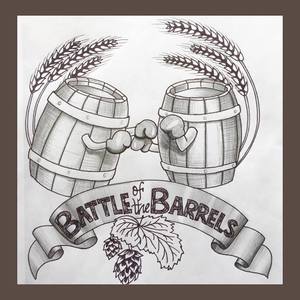 Join us for Rosebud's 3rd Annual Battle of the Barrels! A week-long celebration of barrel-aged beers in all their glory featuring a different Brewery each night, alongside other great draft and bottled options.

Each night Rosebud American Kitchen and Bar will be tapping barrel-aged beers from a different brewery from around the country. A representative from the day's featured brewery will be on hand from 5pm to 7pm nightly to discuss their beer and answer questions. In addition to the featured breweries, there will be additional draft and bottled barrel-aged beers including: Founder's, Boulevard, The Bruery, Drie Fonteinen, Oxbow, Epic Brewing, Cantillon and more!

Throughout the week, Chef John Delpha will be serving up a Short Rib Melt, Smoked-Braised Beef Short Ribs, Stout Donuts, and Pretzels with Beer Cheese to perfectly complement the barrel-aged beers.

The schedule of visiting breweries, featured beer being tapped, and their on-location representative is as follows:

For more information or to make reservations,