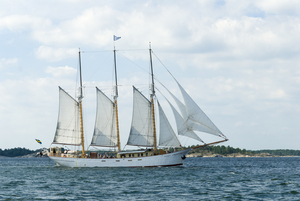 The GSF has become a Labor Day weekend tradition for thousands of people every year and we hope you will join in the festivities!​

Every year schooners from all over travel to Gloucester to race and to show off their beauty and grace both under sail and as a dock-side attraction. This website is designed to offer all the information you will need to plan an exciting weekend on and off the water.

Taking place in the harbor and nearby waters of America’s oldest seaport, the Gloucester Schooner Festival honors the major role the fishing schooner has played in the heritage of Gloucester and the eastern seaboard.

Old and new, large and small– a variety of schooners will visit Gloucester Harbor and delight all comers. The festival honors the major role the fishing schooner has played in the heritage of Gloucester and along the eastern seaboard.

Gloucester’s beautiful harbor, acclaimed by explorer Champlain as “Le Beauport”, is the backdrop for a unique mix of the old and new, as modern day trawlers share their home port with traditional vessels from the age of sail.

A spectacular highlight of the Gloucester Schooner Festival is the Parade of Sail on Sunday morning, as the participating schooners make their way through the harbor and out past the breakwater, to the Mayor’s Race starting area off Eastern Point. (Click here for a complete list of activities throughout the weekend.)

With an eye toward the future, as well as the past, the Gloucester Schooner Festival Committee has always embraced the goal of involving young sailors in the event.

In 2012, the Committee chose to broaden this effort and to institutionalize the educational component of the Festival by providing further opportunities for kids to sail on the schooners and giving financial support to local programs that put Cape Ann kids on the water.

We look forward to continuing this efforts on the behalf of Cape Ann’s youth.