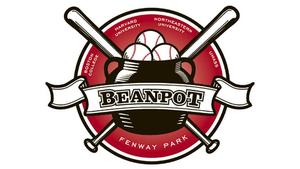 Fenway Park will host this year’s Baseball Beanpot on Wednesday, April 17. The college baseball doubleheader will feature teams from Boston College, Harvard University, Northeastern University, and the University of Massachusetts at Amherst. Tickets are available now at redsox.com/beanpot or by phone at (877) REDSOX-9.

The day will begin with the consolation game at 2 p.m. followed by the Beanpot Championship game approximately 45 minutes after the conclusion of Game 1. Ballpark gates will open at 1 p.m.

Tickets are general admission and priced at $10 each. Net proceeds will benefit the Pete Frates #3 Fund, named after the former Division 1 college athlete who was Captain of the Boston College Baseball team and diagnosed with Amyotrophic Lateral Sclerosis (ALS), also known as Lou Gehrig’s disease. Frates is also the creator of the popular ice bucket challenge in 2014, which raised millions for ALS research.