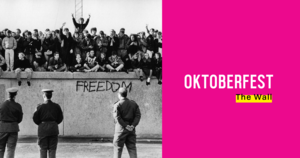 Longy has strong French connections, but we are embracing something that the Germans perfected. Our SeptemberFest celebration has moved to October! Journey with us into the land of bier, wurst, and pretzels in 20th century Berlin. Prost!

Berlin 1961-1989 “Isn’t this where we came in?” The Berlin Wall was a physical divide that demarked an ideological one, as well. This concert will feature music written in the era of divided Germany, from the rise of the USSR to Pink Floyd, and will include personal reflections from those who lived in this time of splintered national identity.