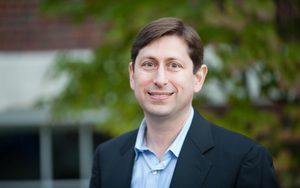 In anticipation of the A.R.T.’s upcoming revival of 1776 and the 250th anniversary of the signing of the Declaration of Independence in 2026, A.R.T. has invited various Harvard scholars to participate in a series of lectures and discussions around the history of our nation.

Hosted at various locations throughout Greater Boston, the 1776 Salon series dives deep into the stories of eighteenth-century historical figures left out of textbooks, explores new narratives leading up to and following the American Revolution, and closely examines the voices represented and absent within the Declaration of Independence.

Professor David A. Moss, author of the acclaimed book Democracy: A Case Study, makes history come alive with an audience-driven discussion on how our republic—and democracy as we know it—came about. In 1787, when the Constitutional Convention met in Philadelphia, the country was in trouble. Many of the nation’s founders feared that their young republic was coming apart and that they had to act decisively to save it. They asked the most fundamental questions: How do we bring the nation together? How do we empower the majority while preserving the rights of the minority? How do we distribute power between the federal government and the states? They struggled mightily to answer them. Professor Moss will pose these same questions to attendees, bringing his wildly popular Harvard course on American democracy to a new stage in this one-time public forum. There will be a short, pre-event reading distributed to participants to prepare for a lively, in-depth discussion during the program.