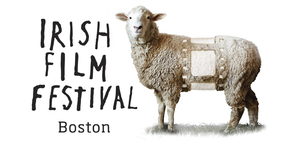 The Irish Film Festival Boston will host a virtual film festival this year. Kicking off on St. Patrick's Day, over 40 films will feature showcasing the best of Ireland, and the Irish on screen from March 17 - 21. Tickets are $12 per film, and you can pre-book tickets now.

This year’s films include Ireland’s Oscar Nominee for Best International Feature Film, Arracht; the uplifting Cumar - A Galway Rhapsody a love letter to Galway from her artistic community exploring the confluences that have shaped the city; Katie the inspiring story of World Champion boxer Katie Taylor, winner of the 2020 Global Vision Documentary Award; the 2020 Breakthrough Feature A Bump Along the Way a female-led, feel good, comedy drama set in Derry, Northern Ireland and The Last Right, 2020 Director’s Choice Feature, a comedy with links to Quincy, Mass. The festival is also screening the documentary The Hunger: the Story of the Irish Famine narrated by Liam Neeson, and When Women Won, the 2020 Special Jury prize recipient that tells the emotional inside story of the Together for Yes campaign to repeal the 8th amendment on abortion, and change Irish society forever. Several other documentaries and feature films and a host of short programs including Brief Encounters: Women in Film and Television Ireland (WFT) will also screen over the five - day festival.

Enjoy the full program of features, documentaries and short films from the comfort of your own home. Visit www.irishfilmfestival.com to browse the full schedule.