The United States and Middle East: The Long View 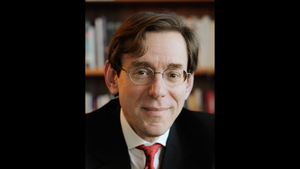 Steven Simon is Professor in the Practice of International Relations at Colby College. He served as the National Security Council senior director for counterterrorism in the Clinton White House and for the Middle East and North Africa in the Obama White House and in senior positions at the U.S. Department of State. Outside of government, he was a principal and senior advisor to Good Harbor LLC in Abu Dhabi and director of the Middle East office of the International Institute for Strategic Studies in Manama. Prior to this, he managed security-related projects at the RAND Corporation and was the Hasib Sabbagh Senior Fellow for Middle Eastern Studies at the Council on Foreign Relations. He has taught at Princeton, Dartmouth and Amherst and held fellowships at Brown, Oxford and the American Academy in Berlin.

He is the co-author of The Age of Sacred Terror (Random House, 2004), winner of the Arthur C. Ross Award for best book in international relations and of The Next Attack (Henry Holt, 2006), a finalist for the Lionel Gelber Prize, and one of the “best books of the year” in the Washington Post and Financial Times, which focused on the U.S. response to 9/11. He also co-authored Iraq at the Crossroads: State and Society in the Shadow of Regime Change (Oxford, 2003); Building a Successful Palestinian State and The Arc: A Formal Structure for a Palestinian State (RAND 2005); The Sixth Crisis (Oxford, 2010); The Pragmatic Superpower: The United States and the Middle East in the Cold War (W.W. Norton, 2016); Our Separate Ways (Public Affairs, 2016); and The Long Goodbye: The United States and the Middle East from the Islamic Revolution to the Arab Spring (Penguin/ Random House, forthcoming).