The Mexican Revolution of 1910: A Sociohistorical Interpretation 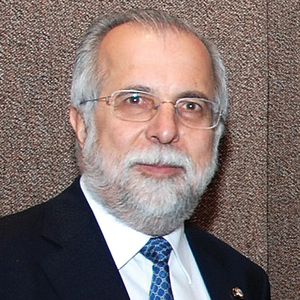 Javier Garciadiego Dantán, Historian and Author; Professor of History, El Colegio de México, Director, Academia Mexicana de la Historia
A rigged election and a political crisis among competing elites, middle classes, and rural workers: What could go wrong? The Mexican Revolution of 1910 began as a multilocal revolt against the 35-year regime of dictator Porfirio Díaz and evolved into a national revolution and civil war lasting nearly a decade. Javier Garciadiego—a leading historian of Mexico’s revolution—will discuss the precursors, armed struggles, political factions, U.S. manipulations, and triumphs of Mexico’s revolution, including the development of a landmark constitution—one of the first in the world to enshrine social rights.

Javier Garciadiego Dantán is a Mexican historian who specializes in the Mexican Revolution. He currently serves as Director of the Mexican Academy of History. He is a former president of El Colegio de México (2005–2015)—where he was also Professor of History. Garciadiego is the author of several books, the recipient of many awards and honors, and has been a visiting scholar at St Anthony's College, University of Oxford; University of Chicago; Trinity College, Dublin; Complutense University of Madrid, and University of Salamanca. He holds a B.A. in Political Science from the National Autonomous University of Mexico (UNAM), and a Ph.D. in History from El Colegio de México (1982). He completed a second doctorate in History of Latin America at the University of Chicago.