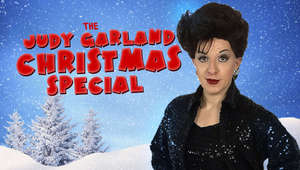 Get free or half-price tickets with this link:

Back in 1963, the legendary star of stage and screen Judy Garland starred in a now-iconic Christmas special on CBS. Today tribute artist Peter Mac steps into Garland's high heels in a salute to this beloved TV event. Mac, a self-described "male actress" who's portrayed the late, great actress to audiences and critical acclaim for more than a decade, is known for his seriously fun and loving tributes to Garland. Famed for bringing a nuanced glimpse into Garland's complex personality and inner life, Mac was awarded a Golden Halo Award by Garland's co-stars Mickey Rooney and Margaret O'Brien for his stunningly accurate portrayal. But his tribute talents don't stop with Judy: For this festive yuletide show, "guests" are set to include uncanny approximations of Liza Minnelli, Bea Arthur and Ethel Merman.