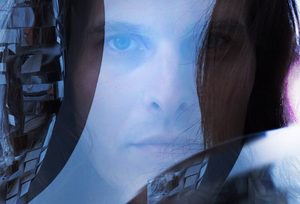 The name Pantha Du Prince came to Hendrik Weber in a dream. It would have had to: The Berlin-based techno composer-producer (whose moniker is French for “the panther of the prince”) makes some of the otherworldly electronic music around. It’s dreamy, but not somnambulant: The new Pantha album, The Triad, pulsates hypnotically, drawing the listener into a rich, uncanny whole that keeps revealing new layers with each listen. Weber has carved out a unique space, not only in electronic music, but also the indie world generally. An early star of the influential Berlin dance label Dial thanks to the stunning one-two of Diamond Daze (2004) and This Bliss (2007), Pantha Du Prince made the leap to Rough Trade for 2010’s breakthrough Black Noise, which featured a notable cameo from Noah Lennox, a.k.a. Panda Bear of Animal Collective, on the single “Stick to My Side.” His latest album, The Triad, “opens the structure to more human ways of interacting, not digitized ways of interacting. It’s about meeting up and jamming. I wanted to cut through the digital dust that surrounds us.”
18+ Tickets: http://bit.ly/2m050oV