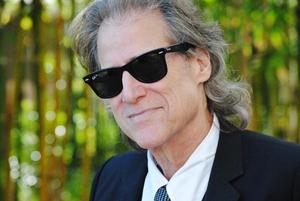 Perhaps Mel Brooks put it best when he said, "Richard Lewis may just be the Franz Kafka of modern day comedy."

Lewis has taken his lifelong therapy fodder and carved it into a commanding, compelling art form. His early career as a standup brought him to the top of his ranks. Over time and through a variety of mediums, he broadened his exposure and more and more came on board to appreciate his brilliantly warped world.

The NY Times said, “This renowned comedian, often considered to be the heir to Lenny Bruce, is a master of long form storytelling who turns his endless neurotic energy into brilliant comedy.” Comedy Central has recognized Mr. Lewis as one of the top 50 stand-up comedians of all time and he was charted on GQ Magazine's list of the '20th Century's Most Influential Humorists'. In December of 1989, Lewis achieved a very personal goal...he performed at Carnegie Hall to a standing room only audience.