Passim Monday Discovery Series with Nick Nace and May Cheung 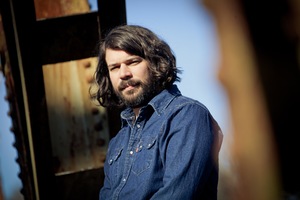 The award-winning Nashville-based songwriter Nick Nace, formerly of the folk duo A Brief View of the Hudson, and Brooklyn-based Canadian singer-songwriter May Cheung are playing Club Passim in Cambridge, MA on Monday, October 9th at 8:00 PM. Nace has recorded two albums, toured extensively, and composed the soundtrack for Tell Your Friends: The Concert Film which premiered at SXSW. Having imbibed a wide spectrum of music since she was a young child, May Cheung draws upon elements of jazz, pop, folk and indie-rock in her songwriting. Her debut album, ‘The Departure’, has been highly acclaimed by some of the most respected music industry representatives. Tickets are on-sale now at www.clubpassim.org.