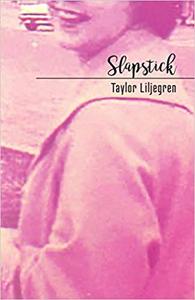 They want to challenge the preconceived notions of reading on the web by using off-the-shelf technology to build a best-in-breed literary magazine. More than a magazine, it's a website. They feature small-batch artisanal literature, created by writers who've been honing their craft the time-honored way: one line at a time.

Featured Nixes Mate poets at this event are:

Leo Rosten used to quote the Yiddish saying: “If God lived on earth, people would knock out all His windows.” After Neil Silberblatt’s wonderful poems, with their acerbic humor, ferocious love of life, and exasperation with injustice, heaven had better get the number of a good glazier – I’d be surprised if there’s one unbroken pane left. — Patrick Donnelly, author of The Charge, and Nocturnes of the Brothel of Ruin, and Little-Known Operas

Neil Silberblatt’s poems have appeared in numerous journals, including Poetica Magazine, The Aurorean, Two Bridges Review, Ibbetson Street Press, Naugatuck River Review, Chantarelle’s Notebook, Canopic Jar, First Literary Review, Muddy River Poetry Review, Nixes Mate Review, and The Good Men Project. His work has also been, or will soon be, published in various anthologies, including Confluencia in the Valley: The First Five Years of Converging with Words (Naugatuck Valley Community College, 2013); University of Connecticut’s Teacher-Writer magazine; Collateral Damage (Pirene’s Fountain); and Culinary Poems (Glass Lyre Press). He has published two poetry collections: So Far, So Good (2012), and Present Tense (2013), and has been nominated for a Pushcart Prize. Neil is also the founder/director of Voices of Poetry which, since 2012, has organized and presented a series of poetry events (featuring acclaimed poets) at various venues in NY, NJ, CT and MA. He is also the host of the Poet’s Corner program on WOMR/WFMR out of Provincetown, MA.

In her impressive first collection, Liljegren retells the Lucy stories from the iconic tv show, revealing depths and a darker side behind the slapstick. With great skill and exquisite language, Liljegren takes us through a series of episodes and imagined therapy sessions, complete with dream analysis, a Rorshach test, role reversal, and free association - associations that lead always to Ethel, and the endurance of women’s friendship. Liljegren reveals the courage behind the humor, the power dynamics of marriage, the conflict between the good wife and the professional woman, of how we become the roles we play. We love Lucy, these poems say, because we know she is us. Cheryl Savageau, author of Dirtroad Home and Mother/Land

Taylor Liljegren is a poet and educator from Central Massachusetts. She received her undergraduate degree in English Literature & Secondary Education from Lesley University, and is a candidate for her Masters in English Literature through the Bread Loaf School of English at Middlebury College. Her work has previously been published in Best Indie Lit New England, Vol. 2 (Black Key Press) as well as Nixes Mate Review: Anthology 2016-2017.