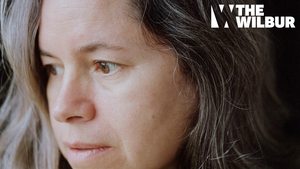 Natalie Merchant recently joined her friends in Lúnasa as a “special guest” for four shows in their native Ireland in August following her own UK Tour. We are lucky to welcome them all to the States in this very special performance!

Lúnasa is currently on tour celebrating the band’s 20th Anniversary. Their new album Cas is available now via the band’s online store. Natalie makes an appearance on the track “The Bonny Light Horseman.”

Natalie and Lúnasa first collaborated on her 2010 release Leave Your Sleep.

Lúnasa have sold more than quarter of a million albums in the course of the band’s career and boast an impressive back catalogue of 7 highly acclaimed and award-winning studio albums.

The band is internationally acknowledged as being the finest traditional Irish instrumental outfit of recent times. They are renowned for their stunning shows honed by superb musicianship and a constant touring cycle. They have performed over 1,500 shows across 36 countries since the band formed in 1997. The band has appeared at internationally renowned venues such as The Hollywood Bowl, National Concert Hall (Dublin), Sydney Opera House and Moscow International House of Music. They have been invited to appear at the White House.

Their inventive arrangements and bass driven grooves have steered Irish acoustic music into surprising new territory. Their recordings have been hailed as some of the best and most important world music albums anywhere, while their blend of intelligence, innovation, virtuosity, and passion has brought them to the forefront of Celtic music.

Of the band, legendary Irish fiddler Kevin Burke says, “Maintaining the unique, intimate qualities of a musical tradition while at the same time meeting and fulfilling the demands of the contemporary music world is a difficult juxtaposition to achieve, yet Lúnasa have managed to accomplish exactly that.”

With the release of LÚNASA WITH THE RTÉ CONCERT ORCHESTRA in 2013, the band continued to explore new directions in the world of Irish traditional music. “Thankfully, the huge melting pot of music that exists within the Irish tradition allows us to seek out exciting and unexplored melodies that work for a band like ourselves,” says Kevin Crawford. “This combined with the newer self composed pieces and strong belief in what we do help to keep both the band and the tradition very much alive and kicking.” Referencing the new CD in particular, Seán Smyth adds: “As for the future, there are many, many musical journeys left open to us. For now, we’re going to savor the orchestral theme and look forward to recreating these wonderful arrangements in theatres and with audiences around the world.”

The individual members are in increasing demand across the globe for touring and recording work – Trevor went out on a European tour with his old band mates, The Waterboys; Cillian collaborated with The Boss, Bruce Springsteen on his 2014 release ‘High Hopes’ – the album went straight in at #1 on the album charts across the world; Kevin toured with Martin Hayes and John Doyle as The Teetotalers; while Ed has toured with Flook and Cara Dillon; while Sean transforms back to being Dr Smyth and his medical profession between Lúnasa tours.