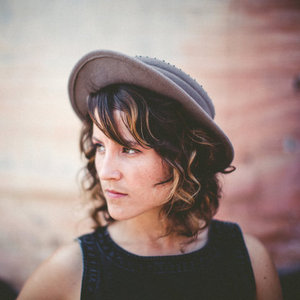 Her debut album, This Time Around, produced by Josh Kaufman (Bob Weir, The National, Hiss Golden Messenger), is rich in dark sonic beauty and above all, devilishly playful. Each track on the album oscillates between the moodiness of experimental dark folk instrumentation, and the levity of Balthrop’s crystal-fueled voice. With Lauren at the helm, This Time Around features an all-star cast: Peter Lalish (Lucius, Uni Ika Ai) on guitar, Jason Lawrence on drums (Jesse Marchant, The Building), Josh Kaufman on bass, Karen Waltuch (Wilco) on strings, to name a few. From the magical realism and twisted fairy tale-nature of “Maple Tree” to the fuzzed-out guitar of “Don’t Ever Forget,” This Time Around is the poster child for crafted, subversive pop music. Above all, Balthrop insists that we dance, especially when it’s dark.

Outside of her own music, Lauren has toured as a singer and multi-instrumentalist in the bands of Bob Weir, Kevin Morby, Ximena Sariñana, Sara Bareilles, Lucius, Elizabeth & the Catapult, Benjamin Booker and more.