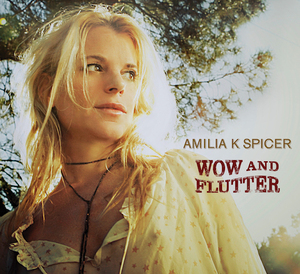 You won’t want to miss this evening with world-renowned contemporary American folk singer-songwriter John Gorka. With his soulful baritone voice and rich multi-faceted songs full of depth, beauty and emotion, Gorka has been filling concert venues throughout the United States and Europe for well over two decades. Rolling Stone magazine called him "the preeminent male singer-songwriter of what has been dubbed the New Folk Movement.” In addition to his 11 critically acclaimed albums, John released a collector’s edition box featuring a hi-definition DVD and companion CD called The Gypsy Life. Windham Hill also released a collection of John’s greatest hits from the label called Pure John Gorka. In 2010, he also released an album with his friends and Red House label-mates Lucy Kaplansky and Eliza Gilkyson under the name Red Horse. Getting high praise from critics and fans alike, it landed on the Billboard Folk Charts and was one of the most played albums on folk radio. Many well-known artists have recorded and/or performed John Gorka songs, including Mary Chapin Carpenter, Nanci Griffith, Mary Black, and Maura O’Connell. John has graced the stage of Austin City Limits, Mountain Stage, etown and has appeared on CNN. His new song Where No Monuments Stand is featured in the upcoming documentary Every War Has Two Losers, about activist and Oregon Poet Laureate William Stafford (1914-1993).

Amilia K. Spicer is a dichotomy of light and dark, small-town wonder with big city noir, colors the map running over her melodies, with a twist of melancholy in the storytelling. Given the cinematic quality of her music, it makes sense that Spicer’s earlier works can be heard in several movies, HBO, Showtime, and has been featured in multiple TV shows (Dawson's Creek, Roswell, Party of Five). Equally at home from the cozy confines of Hollywood's Hotel Cafe, to the Kennedy Center in DC, on a Steinway with an orchestra, or playing a 4 string banjo at an Austin Honkytonk, Spicer’s defiant poetry never gets lost in the mix.