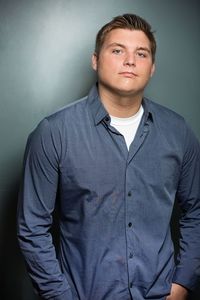 Beginning his career at the ripe age of 19, John quickly climbed through the ranks of Boston's gritty comedy scene and has become a mainstay all over the Northeast. With his playful demeanor and affability, Baglio has the uncanny ability to win over any audience as he effortlessly weaves his dumb opinions through personal yet relatable material.

Currently, John serves as a co-producer of The Mendoza Line, a weekly independent comedy showcase he initially co-founded back in 2015. Every Saturday night at The Dugout Cafe, this show features a different lineup every week with some of the best comedians from Boston and across the country. Boston A-List recently named the show Boston A-List’s "BEST NIGHT OF COMEDY". He is also a founder/co-producer of the annual Boston Comedy Marathon, which coincides with the actual Boston Marathon each year.

He is an above average karaoke singer.