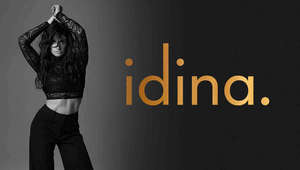 One of the brightest Broadway stars of her generation, Idina Menzel (If/Then, Wicked, Rent) became a household name after hitting TV and film screens as the voice of Elsa in Frozen and as mom to Lea Michele's character on Glee, not to mention her starring role in Disney's Enchanted. In all of her roles, Menzel wows audiences with her strong, emotional performances and amazing voice. Her recently released, self-titled album is her most personal and introspective to date, and she recently starred in the Lifetime Television remake of Beaches. Now, you can catch her in person at the Blue Hills Bank Pavilion in Boston, where she'll perform a powerful mix of classic pop and musical theater favorites, backed by a live orchestra. In between numbers, expect some fun, often profanity-laced audience banter from this engaging and talented performer.

This is an Evening With. There will be no opening act.