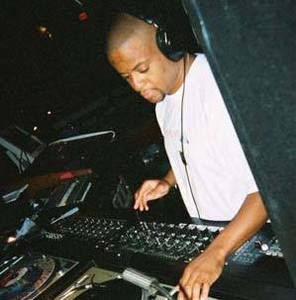 Come to City Hall Plaza for a free house music dance party, presented by Mayor Kim Janey and the Office of Tourism, Sports, and Entertainment, on Friday, October 22! DJ Bruno will be providing the music.

The City of Boston is also hosting a pop-up Beer & Wine Garden, showcasing local businesses, in The Patios space on City Hall Plaza from 4 p.m. to 8 p.m. On the night of the event, Distraction Brewing will be vending at the Beer & Wine Garden.

About DJ Bruno:
DJ Bruno has been DJing in Boston since 1987. He became known in the college scene in the late 80’s to early 90’s for mixing hip hop, reggae, R&B, and house music. In 1991, he began a residency at the Boston Loft after-hours club with Armand Van Helden. The following year, he started the Legendary Utopia Parties. Utopia still remains as one of Boston’s hottest deep house music events. In 2006, Boston Magazine named DJ Bruno “DJ of the Year'' and in 2007, Weekly Dig awarded Utopia Sundays the “Best House Night in Boston.” With clubs not opened to the public during the Covid-19 pandemic, DJ Bruno decided to take his music virtual on Mondays from 11 a.m. to 12 p.m. on www.facethebassrecords.com and on Fridays from 7 p.m. to 9 p.m. on www.dhpradio.com. His motto is, “If we can dance together, we can live together” and he is on a mission to spread this motto all over the world, whether it be virtually or in person. Follow DJ Bruno on Instagram @djbruno30.