Here We Are: Live Program 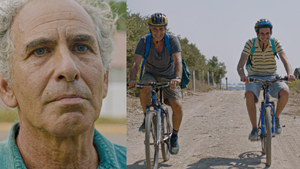 Join for a live conversation with Actor Shai Avivi on Wednesday, March 10, 12:30 PM.

Shai Avivi was born in Acre, Israel, in 1964. He is an actor, a comedian and Israeli television host. Won the Israeli Academy Award (Ophir).