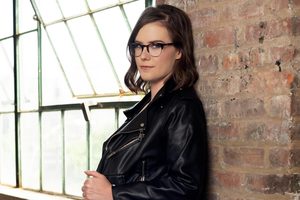 Carr is the author of "All That You Leave Behind," a fierce memoir about family, love, work and addiction the she wrote after losing her larger-than-life father (New York Times journalist David Carr). She is also the director of "I Love You, Now Die: The Commonwealth V. Michelle Carter," a two-part documentary about the Massachusetts texting suicide case that captured national interest, premiering on HBO in Summer 2019.

The conversation will be followed by an exclusive screening of part one of "I Love You, Now Die." Copies of Carr’s book will be also be on sale at the event.