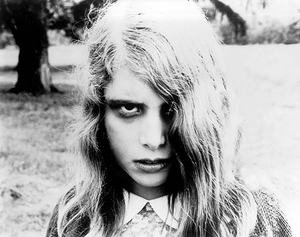 The dead won't stay dead, and they're coming to get you!

The Coolidge Corner Theatre's Halloween Horror Marathon returns from the grave! Join us for twelve hours of zombies, demons, monsters, and more all on 35mm film!

For the seventeenth time, hundreds of horror hounds from across New England will descend upon the Coolidge to spend the night together watching some of the most terrifying films ever made. Starting things off at the witching hour on Saturday, October 28th is George A. Romero's genre defining zombie classic Night of the Living Dead! Followed by Lucio Fulci's gut-wrenching flesh-eater, Zombie!

After these first two films, horror fanatics can stick around for another four films guaranteed to make their hair stand on end and their knuckles go white. As per Marathon tradition, the titles won’t be revealed until they hit the screen, but one thing is certain: there will be plenty of ghosts, goblins, and gore to keep the audience up all night!

NIGHT OF THE LIVING DEAD

When the reanimated corpses of the recently deceased begin to rise from the earth and seek human flesh as sustenance, a small group of survivors take refuge inside of a farmhouse.

Tisa Farrow (The Grim Reaper), Ian McCulloch (Contamination), Al Cliver (Cannibals), and Richard Johnson (The Haunting) star in this worldwide splatter sensation directed by 'Maestro Of Gore' Lucio Fulci (City of the Living Dead, House by the Cemetery) that remains one of the most eye-skewering, skin-ripping, gore-gushingly graphic horror hits of all time!