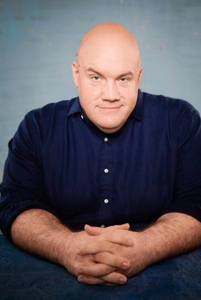 Guy Branum is the creator and host of truTV’s Talk Show The Game Show, a hilarious mashup of two beloved television formats that pits comedians and celebrities against each other for the title of “Best Guest of the Night.” You may also know him from his recurring segment “No More Mr. Nice Gay” on Totally Biased with W. Kamau Bell, or serving as “Staff Homosexual” on Chelsea Lately.