"For Kids of All Ages: The National Society of Film Critics on Children's Movies" Discussion with the Book's Editor & Boston Globe Columnist Peter Keough 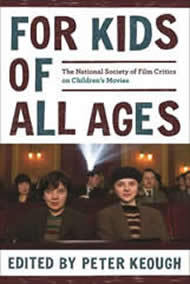 Where:
http://www.belmontworldfilm.org/calendar.html Online via Zoom (link to be shared just prior to event)
Surrounding areas
Boston, MA

The live virtual event will be moderated by journalist and former Boston Society of Film Critics President Tom Meek and will be followed by a Q&A. Keough promises to include many entertaining and instructive film clips from well-known and perhaps lesser known films!

The virtual link will be shared via email just prior to the event.