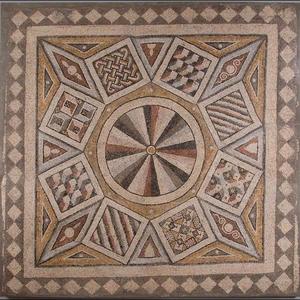 In the 1930s, the city of Antioch—an important capital of the Eastern Roman Empire—was excavated by a consortium of institutions, who subsequently received mosaics into their collections throughout the world. Wellesley’s Antioch mosaic, dated to the 5th-century C.E. was first installed on campus in 1936, and has since been central to the Wellesley Art Collection. In 2016, the Davis reinstalled its permanent collections, a project that required (hinged upon) the migration of the Antioch mosaic from the museum’s 5th to its 2nd floor, bringing with it a number of structural and conservation challenges. Join us for an afternoon of presentations, given by Christine Kondoleon, George D. and Margo Behrakis Senior Curator of Greek and Roman Art at the Museum of Fine Arts, Boston, at the MFA, Paula Artal-Isbrand, Objects Conservator at the Worcester Art Museum, and Jean Louis Lachevre, Independent Conservator, for a program about the history of the Antioch mosaics, their excavation, conservation, and display, and the impact they have had in collections throughout New England.

The Davis Discoveries series is generously supported by Wellesley College Friends of Art.

Image credit: Roman, Mosaic Floor from the Villa of Daphne, 5th century C.E., stone tesserae set in mortar, Given by the Princeton Expedition for the Excavation of Antioch and Vicinity, 1936.33

04/05/2018 14:00:00 04/05/2018 16:30:00 15 Davis Discoveries Spring 2018 Symposium: The Antioch Mosaic: Context and Conservation In the 1930s, the city of Antioch—an important capital of the Eastern Roman Empire—was excavated by a consortium of institutions, who subsequently received mosaics into their collections throughout... The Davis Museum, Wellesley, MA 02481 Organizer Organizer e-mail false DD/MM/YYYY Reddit