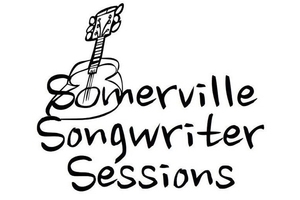 Somerville Songwriter Sessions at the Armory Cafe presents a live, in-person concert with NYC singer/songwriter David Massengill and Boston singer/songwriters Jim Infantino and Terry Kitchen on Saturday May 7. The concert will feature a solo set by each artist, followed by a round robin song swap. The show begins at 7:30 pm, and there is a suggested donation of $15. The Armory Cafe is at 191 Highland Avenue, Somerville. For more information call 617-718-2191 or visit artsatthearmory.org/cafe or www.facebook.com/SomervilleSongwriterSessions. Performer details below.

Somerville Songwriter Sessions at the Armory Cafe presents contemporary folk singer/songwriters in concert, on the first Saturday of each month. The Armory Cafe features live music in an intimate setting, a menu featuring sandwiches, soups, desserts and coffees, and plenty of free parking. Please note that all guests will be required to show proof of covid vaccination (or a negative covid test 24-72 hours before the event) and that all attendees are required to wear a mask except while eating or drinking. Our 5/7 performers:

Tennessee native David Massengill has been a fixture on the Greenwich Village folk scene since the 1970s. He's had songs recorded by Joan Baez, The Roches, and Nanci Griffith. He's recorded six albums, including Coming Up for Air, which includes his classic songs "The Road to Fairfax County," "My Name Joe" and "Number One in America." His latest album is Dave on Dave: A Tribute to Dave Van Ronk. Aside from performing solo on guitar and dulcimer, he was half of the duo The Folk Brothers with legendary folk songwriter Jack Hardy. David is also a master storyteller, and has published several books of original stories. Called "a master of vivid lyrical imagery" by The Boston Globe, Massengill captivates audiences with his poignant story-songs, his effortless melodies, and his soft-spoken but often funny persona. More on David at https://en.wikipedia.org/wiki/David_Massengill.

Jim Infantino has been writing and singing his own brand of off-kilter folk music in the New York / New England area since the early '80s when he was a underage performer heading into Dave Van Ronk's open mic at The Speakeasy on Macdougal Street. His songs have been described as satirical, witty, sardonic, urbane, funny, heartbreaking, catchy, philosophical and razor sharp. He writes from a shifting perspective of human beings confronted by a rapidly changing whir of technology, work, love, death, money, facts and belief. Sometimes political, sometimes personal, sometimes abstract, his songs weave in the hint of humor when you expect sadness and tragedy when you expect levity. Since 1996 he has been performing mostly with his band: Jim's Big Ego, who describe themselves as "the greatest band in the history of recorded music" and compare themselves to "the great wall of China, Antarctica, and other things you can see from space." With the band he has released 7 full-length CDs adding to his previous 2 solo releases. He is also a novelist, with his debut book The Wakeful Wanderer's Guide to New New England and Beyond winning the 2017 Wattys Newcomer's Award. He currently lives in Boston, practicing and teaching meditation. His blog can be found at jiminfantino.com and the band site is bigego.com.

Called "one of New England's best songwriters" by The Boston Globe, Terry Kitchen creates songs that are portraits of ordinary people and emotions, captured with extraordinary compassion, honesty and humor. He's been performing on folk stages across the country since the 1990s, releasing a dozen albums filled with literate musical storytelling, supple guitar playing and distinctive, intimate vocals. His 2021 CD Lost Songs reached #13 on the national Folk-DJ chart, and his songs have won the Mid-Atlantic and USA Song Contests and been runner-up in the John Lennon Song Contest. In the 1980s he was the leader of the groundbreaking Boston band Loose Ties, whose experiences he recounts in his novel Next Big Thing, called "a great debut novel" by The San Francisco Book Review. He also published a short story collection, Coping Mechanisms, in 2020. More on Terry at terrykitchen.com.

Effective October 1, 2021, the Center for Arts at the Armory will require all staff and event guests to show proof of vaccination status. Children under the age of 12 will not have to show proof of vaccination for admittance to events but are required to wear a mask. Guests who wear masks and present a negative COVID test 24 to 72 hours prior to the event will also be admitted. Guests are encouraged to show proof of vaccination from their cell phones. In addition, effective August 13, 2021, once inside the Armory building, the Center for Arts at the Armory requires all staff, volunteers, interns, vendors, shoppers and guests to wear a mask regardless of whether they have been vaccinated against COVID-19. We will continue to evaluate and update these policies as the situation evolves.

David Massengill will also be performing on Friday May 6 in Harvard, Massachusetts. More information at https://www.facebook.com/events/653094792614021/. Tickets for May 6 are available at http://notlobmusic.eventbrite.com.