Coolidge After Midnite: 'The Shining' (on 35mm) 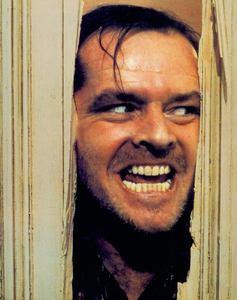 In one of Stanley Kubrick’s most iconic films, the Torrance family - Jack (Jack Nicholson), Wendy (Shelley Duvall), and Danny (Danny Lloyd) - become haunted by an evil menace while isolated for the winter season in the glorious Overlook Hotel.

Stanley Kubrick co-adapted this script from the Stephen King novel, and turned the story of the Torrance family into one of the most chilling and masterful horror films of all time.

Kubrick melds vivid performances, menacing settings, dreamlike tracking shots, and shock after shock into a milestone of the macabre. As the ghostly inhabitants of the Overlook slowly drive Jack insane, his wife and son may have a much more tangible threat to worry about...