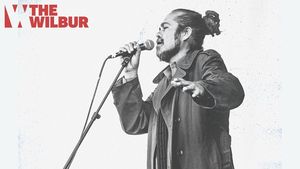 Cope’s musical education was catch-as-catch-can. During the eighties, he took sound classes and found himself fooling with a primitive four-track setup. For years, he got lost in his self-designed lab, cooking up beats that only later would be shaped into songs. As a serious artist with no interest in rock star glory, Cope figured he would eventually find the right voice to sing his songs – he later found that voice within himself.

Citizen Cope introduces us to a world of musical worry that doesn’t come fully into focus until his second album, The Clarence Greenwood Recordings, which this year celebrates its 10 year anniversary. His song “Sideways” caught the attention of Carlos Santana who covered it and asked Cope to perform with him during a European tour. In 2010, he founded his own label, Rainwater Recordings, under which he has since put out two albums, The Rainwater LP and One Lovely Day.

In 2014 Clarence began working with The President’s Committee on the Arts & Humanities and First Lady Michelle Obama in her initiative Turnaround Arts, accepting an Ambassadorship (alongside Elton John, Sarah Jessica Parker, and others) to work with the students of Red Lake Middle School in northern Minnesota on the Red Lake Nation reservation.

From the get-go, Citizen Cope has taken his case to the people. He has toured tirelessly, bringing his stories to whatever venue would have him. His motivation to make music in front of people, no matter the size of the crowd, has won him a vast audience in America and abroad.