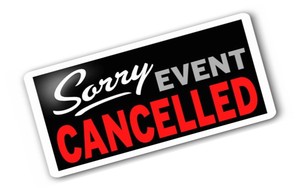 ​Join us every Friday for Sons & Friends, featuring Sons of Levin & a rotating roster of local artists! This week = a triple bill!

Harnessing the delicious vibes of classic rock of times gone by, Sons of Levin have made an impressive entrance onto the US rock scene.. Inspired by bands such as The Band, Phish, Grateful Dead and other classic rock mainstays, Sons of Levin offers their sound as an homage to previous great acts while delivering their own take on the modern jam/rock scene.​

Morningbird is a five-piece alternative/indie rock group based in Boston whose sound brings classic rock into the modern age with stellar vocal harmonies and spacey melodic guitars. Founded by songwriting duo Max Challis and John Cattini in 2016 following their debut album, "Only Believe In Love," Morningbird pulls you in with the familiar sound of bands like The Beatles and Queen, and makes you feel at home with subtle and tasty synth based sounds of contemporary pop-rock, mixing classic rock influences with modern textures and sounds.

An artist from Boston, Alli Haber has been singing ever since she can remember and is known for songwriting and piano. Her Song "Too Young" was co-written & produced byFrankie Jonas, a.k.a Mephisto. Haber, who has been touring with TikTok stars Cash & Maverick as their direct support on their headlining US Elevation Tour is just getting started. She will continue to tour with Cash & Maverick this year, and will also be joining Piper Rockelle as she supports her on her tour as well.