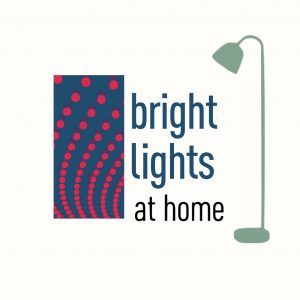 We at the Bright firmly believe that nothing can replace sharing a space with cinephiles and experiencing a film communally. But while the space is dark, we can continue to watch important films and gather to discuss virtually. In that spirit we announce our Bright Lights at Home program. We have selected eight titles that are available on Netflix or Hulu (or will be in the next few weeks). We will have live moderated conversations with directors and scholars for each film. These discussions will take place on Tuesday and Thursday evenings at 7PM starting April 7th. Zoom links will be sent out via email on the day of the discussion. You will need to be on our mailing list (signup below).

On the heels of Woodstock, a group of teen campers is inspired to join the fight for disability civil rights. This spirited look at grassroots activism is executive produced by President Barack Obama and Michelle Obama. Discussion with disability studies scholar David Kociemba.SJ, D, W, POC.

A sci-fi thriller about a teenage girl (Clara Rugaard), who is the first of a new generation of humans to be raised by Mother (Rose Byrne), a robot designed to repopulate the earth after the extinction of humankind. But the pair’s unique relationship is threatened when an injured stranger (Hilary Swank) arrives with news that calls into question everything Daughter has been told about the outside world and her Mother’s intentions. Discussion with Uri Aviv, General Director, Utopia: The Tel-Aviv International Festival for Science, Imagination, and Future Visions. F

A cautionary tale for these times of democracy in crisis – the personal and political fuse to explore one of the most dramatic periods in Brazilian history. Combining unprecedented access to leaders past and present, including Presidents Dilma Rousseff and Lula da Silva, with accounts of her own family’s complex past, filmmaker Petra Costa (ELENA) witnesses their rise and fall and the tragically polarized nation that remains. Discussion with director Petra Costa and Writing, Literature & Publishing professor Katerina Gonzalez Seligmann. W, I, SJ, POC

A look at iconic pop artist Taylor Swift during a transformational time in her life as she embraces her role as a singer/songwriter and harnesses the full power of her voice. Discussion with Kristin Lieb, Professor of Marketing Communication and author of Gender, Branding, and the Modern Music Industry. W

In 1976, Karen and Barry Mason had fallen on hard times and were looking for a way to support their young family when they answered an ad in the Los Angeles Times. Larry Flynt was seeking distributors for Hustler Magazine. What was expected to be a brief sideline led to their becoming fully immersed in the LGBT community as they took over a local store, Circus of Books. A decade later, they had become the biggest distributors of gay porn in the US. The film focuses on the double life they led, trying to maintain the balance of being parents at a time when LGBT culture was not yet accepted. Their many challenges included facing jail time for a federal obscenity prosecution and enabling their store to be a place of refuge at the height of the AIDS crisis. Circus of Books offers a rare glimpse into an untold chapter of queer history, and it is told through the lens of the owners’ own daughter, Rachel Mason, an artist, filmmaker, and musician. Discussion with director Rachel Mason. LGBTQ, W, SJ

Directed by Alla Kovgan, documentary, English, 93 minutes, Germany, France, USA, 2019.
Cunningham traces Merce Cunningham’s artistic evolution over three decades of risk and discovery (1944–1972), from his early years as a struggling dancer in postwar New York to his emergence as one of the world’s most visionary choreographers. The 3D technology weaves together Merce’s philosophies and stories, creating a visceral journey into his innovative work. A breathtaking explosion of dance, music, and never-before-seen archival material, Cunningham is a timely tribute to one of the world’s greatest modern dance artists. Discussion with director Alla Kovgan, Visual & Media Arts professor Shaun Clarke, and Conservatory dance professor Allissa Cardone. W, I

Raise Hell: The Life & Times of Molly Ivins tells the story of media firebrand Molly Ivins, six feet of Texas trouble who took on the Good Old Boy corruption wherever she found it. Her razor-sharp wit left both sides of the aisle laughing, and craving ink in her columns. She knew the Bill of Rights was in peril and said: “Polarizing people is a good way to win an election and a good way to wreck a country.” Molly’s words have proved prescient. Now it’s up to us to raise hell! Discussion with Janet Kolodzy, chair of the Journalism department at Emerson.W, SJ

Reddit
14/04/2020 19:00:00 14/04/2020 20:00:00 America/New_York Bright Lights at Home We at the Bright firmly believe that nothing can replace sharing a space with cinephiles and experiencing a film communally. But while the space is dark, we can continue to watch important films an... Zoom via Emerson Bright Lights Screening Series, Boston, MA false DD/MM/YYYY