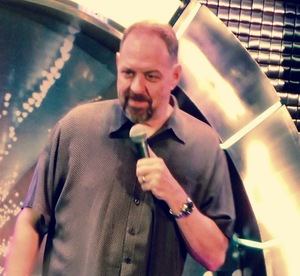 Join The Boston Comedy Festival at the Semi Final round of a nationwide stand-up competition. Ninety-six, bright-eyed comics from all over the country compete for $10,000 dollars in prize money. When it's over, there will be one comic standing with a nice little bag of money and a ton of bragging rights.
Hosted by: Dan Crohn
Dan Crohn was named one of the top 100 comics for Season 9 of Last Comic Standing. He has been performing stand up comedy in and around Boston for years. His jokes can be heard on XM Radio and he has been a guest on the popular podcast WTF with Marc Maron. A semi-finalist in the Boston Comedy Festival and the Laughing Skull Festival, Dan's stories of family and friends have entertained audiences from all over the country. His former day job of teaching 4th graders has provided him with endless amount of material. Dan Crohn is a force to be reckoned with and is quickly becoming one of the funniest comics in Boston, and with good reason: he's hilarious.
Headliner : Jim McCue
“Boston’s King of Crowd Work!” It’s not only his height of six foot six that makes Jim stand head and shoulders above club comedians of the “stick-to-the-script” variety. Jim blends thought-provoking material and uncanny improv skills with a style that encourages audience participation. No two shows are ever the same!
Jim has been featured on Comedy Central, Comcast Comedy Spotlight, NBC’s “Last Comic Standing,” RedEye on Fox network and recently Gotham Live. Jim also founded and currently runs The Boston Comedy Festival.