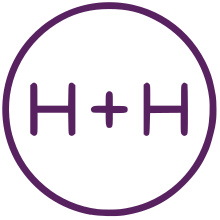 The Handel and Haydn Society continues its 2018-19 Season with a concert featuring Ludwig van Beethoven’s celebrated masterpiece, Piano Concerto No. 5, popularly known as the Emperor Concerto, as well as Franz Schubert’s Symphony No. 9 in C Major, known as the Great Symphony. Performances will take place on Friday, November 9, 2018 at 7:30 p.m. and Sunday, November 11, 2018 at 3:00 p.m. at Symphony Hall in Boston.

“Experiencing Beethoven’s epic Emperor Concerto and Schubert’s Great Symphony played with H+H’s expert virtuosity is a revelation,” said David Snead, President and CEO of the Handel and Haydn Society. “It’s as though 200 years of dust have been blown away to reveal their original power, passion, and beauty. We will be performing these works on the period instruments for which they were composed, transporting us all to the original visions of Beethoven and Schubert.”

Master conductor Richard Egarr will return to H+H for these performances, bringing his ability to create an engaging and electric experience. He’ll be joined by Robert Levin on the fortepiano. Levin combines a mastery of the classical style and a flair for improvisation, a performance practice expressed in the time of the composers, assuring a powerful and moving immediacy.

“Returning to lead the Handel and Haydn Society is a real highlight of this season for me”, said Richard Egarr. “The Emperor Concerto with Robert will be a huge pleasure. The piece is full of grandeur and poetry – it’s truly one of the most beloved and profound piano concertos. Schubert’s Great Symphony is powerful and majestic, in many ways prefiguring Bruckner. This will be H+H’s first performance of the Great Symphony since 1865. We look forward to creating a bit of magic in Symphony Hall.”

Tickets for individual performances or season subscriptions may be purchased by calling 617.266.3605, visiting handelandhaydn.org or in person at 9 Harcourt Street in Boston (M-F 10 a.m. - 6 p.m.). Student and group discounts are also available.

About the Handel and Haydn Society

The Handel and Haydn Society is internationally acclaimed for its performances of Baroque and Classical music. Based in Boston, H+H’s Orchestra and Chorus delight more than 50,000 listeners each year with a nine concert subscription series at Symphony Hall and other leading venues, in addition to a robust program of intimate events in museums, schools, and community centers. Under the leadership of Artistic Director Harry Christophers, the ensemble embraces historically informed performance, bringing classical music to life with the same immediacy it had the day it was written. Through the Karen S. and George D. Levy Education Program, H+H also provides engaging, accessible, and broadly inclusive music education to thousands of children each year. Founded in Boston in 1815, H+H is among the oldest continuously performing classical music ensembles in the United States, and is unique for its longevity, capacity for reinvention, and distinguished history of premieres. For more information, visit handelandhaydn.org.