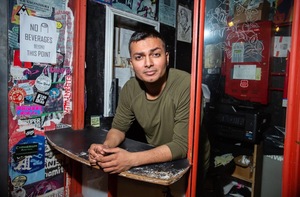 Asian Glow is excited to announce its 2019 Kick Off Show on August 20th at ONCE in Somerville, MA! Asian Glow is a performance series that seeks to uplift artists from the Asian diaspora in Boston--to be seen as an individual and perform as the majority without explanation or apology.

Asian Glow is made possible (in part) by a Live Arts Boston grant from the Boston Foundation.