An Evening with Leslie Odom, Jr. 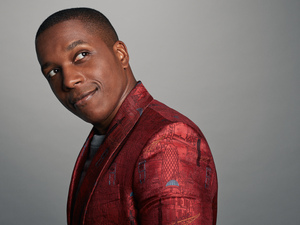 After sold-out performances in 2017, Leslie Odom, Jr., rejoins the Boston Pops to pay tribute to the legendary Nat King Cole on his centenary, and to sing many of his own Broadway favorites. A triple-threat artist, Mr. Odom is best known for originating the Tony-winning role of Aaron Burr in the original cast of Broadway’s Hamilton. He is also known for the TV series Smash, his #1 Billboard Jazz self-titled album, and the film Murder on the Orient Express.