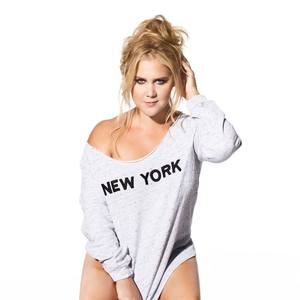 In the mid-2000s, Amy Schumer began testing the waters as a stand-up comic, steadily working her way up the comedy club chain at venues such as New York’s Comedy Cellar.

Her first national exposure came in 2007, when she placed fourth on NBC's Last Comic Standing. In 2011, she released her debut stand-up album, Cutting, and gained more recognition after killing it on The Comedy Central Roast of Charlie Sheen. A year later, Comedy Central gave her the platform for her first comedy special, Mostly Sex Stuff. The cable network then turned the keys over to her for a comedy show, Inside Amy Schumer, in 2013. The much talked about series won its first Emmy in 2015 for Outstanding Variety Sketch Series.

Schumer’s comedy is cutting and revealing, touching on sex, relationships and gender inequality in a way that few comics have dared to try. Along with other actresses like Kristen Wiig, she’s helped shed the Hollywood bias that female comics are best suited for character roles. She demonstrated her ability to carry a film with her 2015 summer hit, Trainwreck, a semi-biographical portrait that co-starred Bill Hader and was directed by Judd Apatow.

“I was falling in love with a guy and scared out of my mind,” Schumer told Entertainment Weekly, while describing the film's inspiration. “Judd and I talked about how all these defense mechanisms that get you through things start to bite you in the ass. I was trying to sabotage the relationship because I was afraid of getting hurt.”