American Repertory Theater: 'The Night of The Iguana' 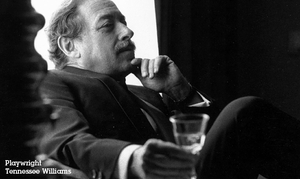 On the edge of the Mexican jungle, a group of troubled travelers seek shelter from a storm. Directed by Michael Wilson (The Trip to Bountiful, The Best Man), Williams’ feverishly poetic 1961 drama follows a hotel proprietress and the scandal-soaked Southern preacher who turns up on her veranda. A Nantucket portrait artist traveling with her ancient grandfather, a bus full of fuming Texan college administrators, and a party of vacationers round out the roster of misfits in this drama about how far we travel to outrun the demons within.