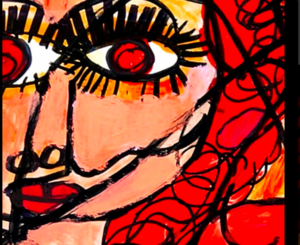 March 3 through April 14
An exhibition of art by:

Sebastian Lopez, from Guatemala
Larry Bissonnette, from Vermont: featured in the film Wretches and Jabberers
Owen Suskind, from Massachusetts: subject of the Disney movie Life, Animated (just nominated for an Oscar) and son of Pulitzer-Prize winning journalist Ron Suskind.

These artists were featured in a February talk by Lesley assistant professor Elizabeth Stringer Keefe at the Kennedy Center for the Performing Arts in Washington, DC, and will be featured at Keefe's keynote to the Division of Autism at the Center for Exception Children Annual Convention in April.